ST. FRANCIS, Wis. (CBS 58)– Through the end of his service and into retirement, St. Francis Police K-9 Bane and his handler, Detective Holly McManus, have shared all of their adventures with the world wide web.

“I know that I’m going to lose him, and I also know that it’s probably going to be sooner than I was anticipating,” St. Francis Police Detective Holly McManus said.

For the better part of the past eight years, McManus and now-retired K-9 Bane have spent nearly every waking moment together.

“He had my back every day. He has literally saved my life and the life of other officers,” McManus said. 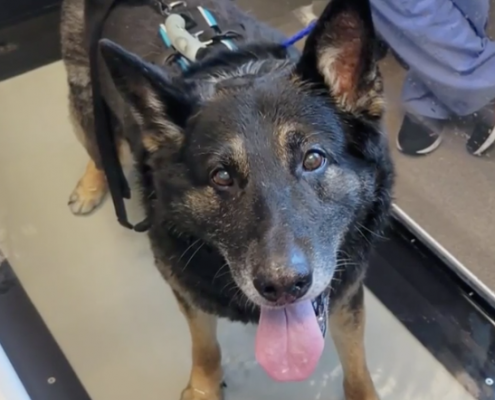 The detective found a way that people could give back to K-9 Bane now and even after he’s gone.

“The K-9 Bane Hero Fund was the way I felt I could give back to him for everything he’s given me,” McManus said.

With a goal of raising $50,000, the K-9 Bane Hero Fund will help pay for K-9 Bane’s medical treatment, plus cover the costs of a legacy statue that will be placed in his honor in front of the St. Francis Civic Center.